The Heinen name has been a trusted name in the funeral industry since the early 1920’s. In the early
1920’s, Heinen and Sons‘ Funeral Home opened its doors which was located at 7013 S. Racine Ave.,
Chicago IL.

Leonard worked on the printing of the prayer cards and did all of the ordering of merchandise.
Leonard then left the firm and  went on to open up his own printing company , called Heinen Printing.
Leo‘s Son-in- Law, Nicholas W. Loschetter  later joined the firm in the late 1940’s as a part time
employee while employed as a member  of the Chicago Fire Department. In 1949 Nicholas enrolled at Worsham  College of Mortuary Science, and became a Licensed Funeral Director and Embalmer in 1950.

Mr. Leo A. Heinen passed away December 1950 and in 1951, Nicholas became the
owner and changed the name to Heinen and Loschetter Funeral Home. It remained a Funeral Home
until 1967 when the building was sold. Nicholas Loschetter moved the business to the Oak Lawn, IL
where he continued to rent the various funeral homes in the area until his death in 1983. The business
was grandfathered to his daughter Marcianne Loschetter –Arnold, who ran the business with licensed funeral directors until In 1988. In September of 1988 Lisa M. Arnold- DeAngelis ,
Granddaughter of Nicholas W. Loschetter and Marcella Loschetter became the 4th generation to receive a license as a Funeral Director and Embalmer.

Today, Lisa is honored to carry on the family business and the Heinen and Loschetter name, while
serving your family in a time of need with dignity , compassion and respect and providing you with
complete attention to your own needs. 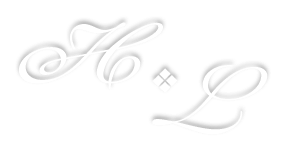